Nothing stops hardcore travellers. The persistence of this Japanese tourist knows no bounds. He was waiting for more than six months to get to contemplate one of the New Seven Wonders of the World!

Peruvian authorities opened the ruins of Machu Picchu for a very special guest. A Head of State? Football player? Maybe a famous actor? Nope. The first visitor to behold the ruins of the ancient city since the pandemic struck the South American country was previously unknown Japanese tourist. Why? well, we was waiting for …almost seven months, stuck in Peru due to the Covid-19 pandemic.

According to Peruvian Minister of Culture Alejandro Neira , Jesse Takayami managed to experience this exclusive visit thanks to a special request he made in mid-March in the town of Aguas Calientes, the base to reach Machu Picchu.

This very special tour was led by the park director, before Jesse finally returned to Japan.

According to Reuters , Jesse Takayami, who had a ticket since March, arrived in the abandoned Inca city last Saturday. Thus, he became the first visitor in seven months who was able to walk around the UNESCO World Heritage Site. His initial plan was to spend just a few days in Peru and visit Machu Picchu.

Since then, 26-year-old Jesse Takayami, a boxing instructor, has become a local in Aguas Calientes, where he has rented a small room for the past seven months.

Although the closure of borders prevented him from visiting other South American countries, he decided to explore local attractions such as Mount Putu Kuzi and Calientes Falls. He even provided boxing lessons for some local children and found friends in the new town.

I went for a run every morning, and I could see Machu Picchu from far,” Jesse Takayami told CNN . – I thought I would never get to Machu Picchu, because I expected it not to open this year.

However, his dream came true.

It’s so wonderful! Thanks! Said Jesse Takayama in a video recorded on top of Machu Picchu.

Alejandro Neira said that in November, the ruins of Machu Picchu will be open to Peruvian and foreign tourists. However, he did not specify a date. However, the monument will operate at 30% of its normal capacity of 675 people per day.

We are still in the midst of a pandemic, – said the Minister of Culture of Peru. – This will be done with all necessary caution.

Near Machu Picchu you can stay at Inti Punku El Tambo

More information about the hotel
Main photo: Shutterstock
Copyrighted 2022 by Los Internetos Lodziński Seremak spółka komandytowo-akcyjna Please be aware that this article and whole website is copyrighted. No part of this publication may be reproduced, distributed, or transmitted in any form or by any means without the prior written permission of the publisher
Don't miss next Asia deal! Sign up for iPhone, Android, Chrome, Firefox or email alerts.
Subscribe to #asia alerts »
You might also like 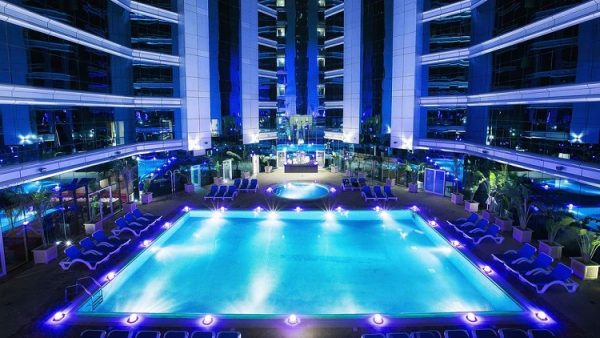 Very well-rated 4* aparthotel in Dubai for only €41/night!
Destination Fly4free