Drawn by the allure of the Alhambra, many visitors head to Granada unsure what to expect. What they find is a gritty, compelling city where serene Islamic architecture and Arab-flavoured street life go hand in hand with monumental churches, old-school tapas bars and counterculture graffiti art.

Some cities blast you away, others slowly win you over. Seville disarms and seduces you. Its historic centre, lorded over by a colossal Gothic cathedral, is an intoxicating mix of resplendent Mudéjar palaces, baroque churches and winding medieval lanes. Flamenco clubs keep the intimacy and intensity of this centuries-old tradition alive whilst aristocratic mansions recall the city’s past as a showcase Moorish capital and, later, a 16th-century metropolis rich on the back of New World trade.

One building alone is reason enough to put Córdoba high on your itinerary: the mesmerising multiarched Mezquita. One of the world’s greatest Islamic buildings, the Mezquita is a symbol of the worldly, sophisticated culture that flourished here more than a millennium ago when Córdoba was capital of Islamic Spain and western Europe’s biggest, most cultured city. But today’s Córdoba is much more than the Mezquita. With a lot to see and do, some charming accommodation, and excellent restaurants and bars, it merits far more than the fleeting visit many travellers give it. Córdoba’s real charms unfold as you explore the winding, stone-paved lanes of the medieval city to the west, north and east of the gaudy touristic area immediately around the Mezquita, wandering between wrought-iron balconies and lamps, potted plants, overhanging trees, golden-stone buildings and verdant interior patios, emerging every few minutes on yet another quaint little hidden plaza.

To learn more about the beautiful region of Andalusia check out Destination Fly4free Andalusia>>
For more go to Lonely Planet online shop >>.

Barcelona is a fantastic city to visit. Few European cities can offer such a diverse cultural experience. There’s always something to see around the neighbourhood or district: jewels of Catalan, modernisme, and contemporary architecture and treasures of the ancient Roman and medieval city. Combined with sunny weather, sandy beaches and amazing local cuisine it makes a perfect holiday destination for everyone. 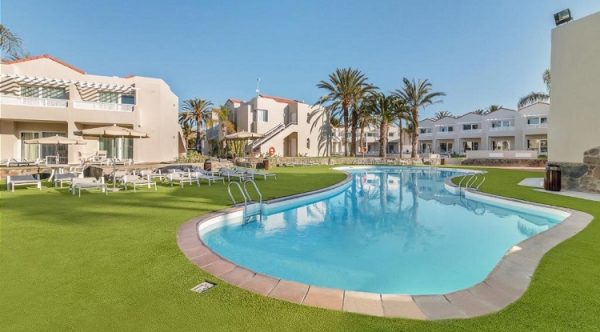