Singapore Airlines beat their own record for the world’s longest flight by…5km. 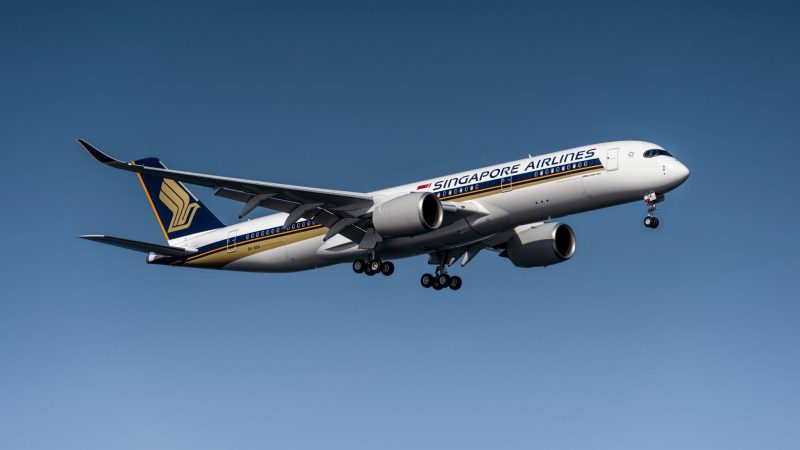 Before the pandemic, the demand for ultra-long flights was growing, made possible by the increased autonomy of the new Airbus and Boeing models. The longest these flights all the Singapore – Newark – Singapore route, operated by Singapore Airlines. Now, the Singaporean Flag Carrier has announced that it will break its own record by…5km.

According to One Mile At A Time, the distance traveled between Singapore and JFK will be about 15,348 km, 5 km more compared to the 15,348 km between Changi Airport and Newark – a real marathon in the sky.

The flights on this new(ish) route will be operated 3 times a week: the plane will take off from Singapore on Mondays, Wednesdays and Saturdays and land in New York around 18 hours and 5 minutes later. The return flight will take even longer – 18 hours and 40 minutes!

In a note, the carrier justifies the change with the objective of “better accommodate a mix of passenger and cargo traffic on its services to New York in the current operating climate”

Operating to JFK International Airport would allow Singapore Airlines to better accommodate a mix of passenger and cargo traffic on its services to New York in the current operating climate. SIA’s non-stop services to New York would also be supported by the growing number of transfer passengers who can now transit via Singapore’s Changi Airport.

SIA also anticipates significant cargo demand from a range of industries based in the New York metro area, including pharmaceuticals, e-commerce and technology firms. The new service will provide the only non-stop air cargo link from the U.S. Northeast to Singapore, which serves as a regional distribution hub for many major U.S.-based companies.

More information about the hotel
Main photo: Singapore Airlines
Copyrighted 2022 by Los Internetos Lodziński Seremak spółka komandytowo-akcyjna Please be aware that this article and whole website is copyrighted. No part of this publication may be reproduced, distributed, or transmitted in any form or by any means without the prior written permission of the publisher
Don't miss next Asia deal! Sign up for iPhone, Android, Chrome, Firefox or email alerts.
Subscribe to #asia alerts »
You might also like